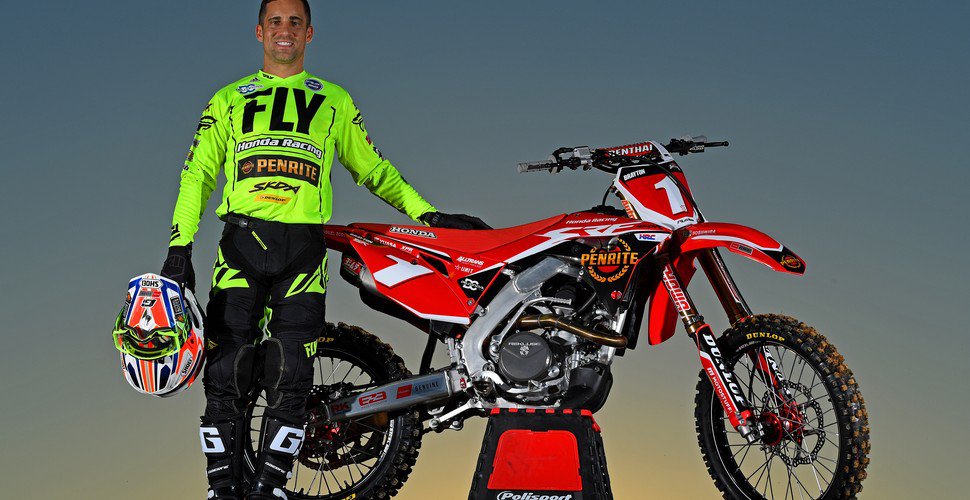 Brayton extends lead to 18 points at Homebush with just one round left!

Brayton extends lead to 18 points at Homebush with just one round left!

Plus Fitness sponsored Penrite Honda claimed three podium finishes over the two nights of racing at rounds four and five of the championship.

Brayton bounced back from a disappointing first night to claim the second fastest time in super-pole on night two. With the non-title contenders of Anderson and Wilson running strong, Brayton rode a smart and calculated race to take third overall.  Consequently, Brayton now has an 18 point advantage heading in to the final round.


“The second night was a lot better and I raced with the championship in mind.  I didn’t get the best start and I needed to change my strategy and race for the overall championship.”


Blose went from strength to strength on day two. He qualified first and won his heat race, before taking the chequered flag in the final. All in all, it was a dominant performance.


“On the second night I came together with another rider and crashed. I got up as quickly as I could and went to work again. I was able to get into the lead and claim the victory. Overall it’s been surreal; I landed seven days ago to ride a bike I had never ridden or raced and worked with a team I didn’t know. What they did was nothing short of amazing. The Honda 250 is awesome and I am glad I could put it on the podium both nights.”


Chris Blose and Gavin Faith combine have put Honda’s 250 on the podium in 4 of 5 rounds.


Team Principal, Yarrive Konsky was happy with the teams results.


“You win championships on your worst days.  Justin regrouped and focused on the bigger picture- that’s what champions do. This weekend he proved that he has the speed to run with two of the best SX riders in the world. Although poor starts held him back, Justin’s experience and maturity enabled him to settled down and focus on extending the points lead.  Chris was amazing! I was nervous, as there were many questions surrounding our choice of replacement.  He was fastest all weekend and his results were extremely rewarding. The team did an unbelievable job of ensuring he was comfortable and I want to thank Tim Vare for his outstanding efforts in helping to accommodate Chris and Buddy Brooks for his continued support.”


The team has one round remaining, with the championship concluding next weekend in Queensland, Jimboomba – www.australiansupercross.com.au

Brayton will be chasing his second consecutive SX1 championship in the final round of the Australian Supercross Championship in Queensland this coming weekend.