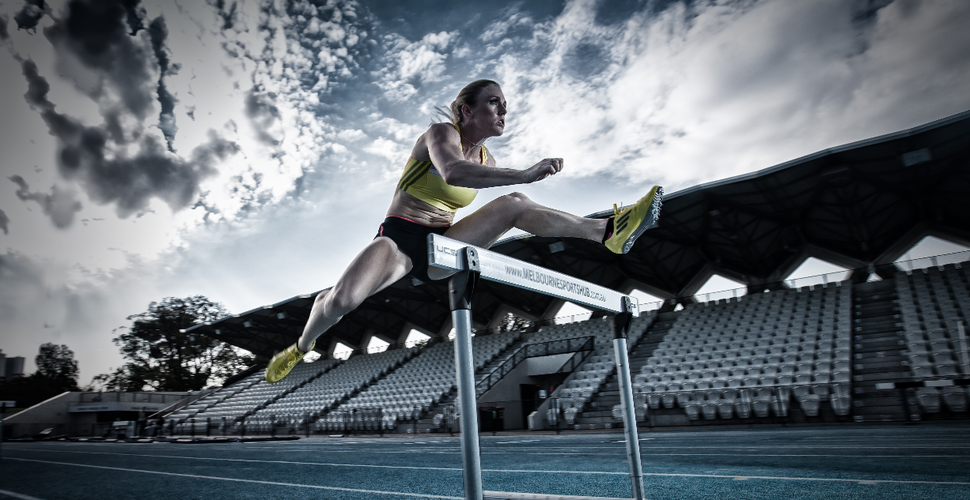 Sally Pearson OAM is one of Australia’s greatest Olympians and the fifth fastest 100m hurdler in history. At the 2012 London Olympic Games she became just the 10th female Australian track athlete to win a gold medal, smashing the Olympic record in the process.

“I am currently training hard in preparation for the 2016 Summer Olympics in Rio. Having been a professional athlete for most of my life I realise what it takes to train hard but more importantly what can be achieved in every aspect of your life when you commit to exercise and fitness. This is why my partnership with Plus Fitness is so appropriate as it allows me to further promote exercise and fitness to the community along side a truly passionate team at Plus Fitness.” Says Sally Pearson.

Franchisors John Fuller and Nigel Miller had the following to say about the partnership, “We are excited to have Sally as our Plus Fitness Brand Ambassador. Sally’s commitment to her preparation, her professionalism and her dedication to excellence resonates with us. The Plus Fitness brand is about creating a greater awareness of the benefits of regular exercise whilst making the gym as accessible to as many people as possible. With Sally sharing the same beliefs as us we are looking forward to working together and helping her continue to represent Australia to the very best of her ability as we continue to work hard on keeping the community active."

Sally’s relationship with Plus Fitness includes the filming of a range of exercise tips that will be played in all of their gyms to assist members, a number of promotional videos, appearance in marketing material as well as public appearances. Plus Fitness have also recently fitted out a private gym for Sally to assist her in her preparation for the 2016 Summer Olympics in Rio.

John Fuller and Nigel Miller launched the 24 hour gym franchise brand, Plus Fitness 24/7 in 2011 after previously operating as a traditional Health Club chain originally formed by John back in 1996. Now with over 160 gyms across Australia and New Zealand, Plus Fitness continues to open a new gym on average every 14 days.

Plus Fitness offer affordable and flexible memberships with no lock in contracts, access to all Plus Fitness gyms as well as virtual classes, personal training and their ever popular functional training zones.

To find out more about Sally Pearson and Plus Fitness click on the links below;