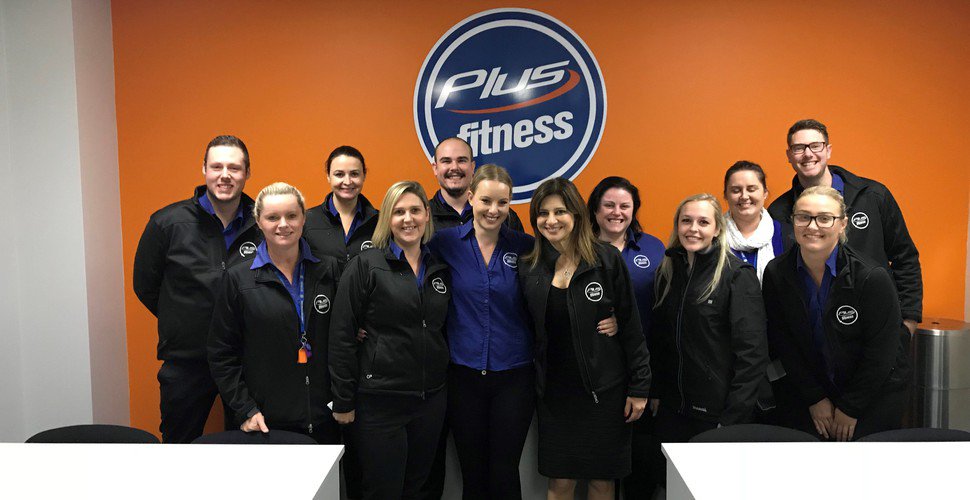 Some might say that commitment and loyalty to the workplace are rare these days, but not for Amy Doorey, General Manager of Plus Fitness who this month reaches a 10 year milestone of working for the Australian based 24 Hour Gym Franchise network.

Having started in the fitness industry as a Group Exercise Instructor in her late teens Amy purchased an independent gym located in Gladesville, NSW at the tender age of 19 years old. In 2007 Amy sold this gym to Plus Fitness Franchisors John Fuller and Nigel Miller who rebranded the club as a Plus Fitness. Seeing the drive and potential in Amy, John and Nigel convinced her to stay on as Club Manager which has now seen the trio working closely together on a daily basis ever since.

After successfully managing the original Plus Fitness in Gladesville, Amy went on to be the Group Manager for the Plus Fitness group who then had 5 gyms in the Sydney area. Fondly referred to as having the ‘Midas Touch’ with her innate ability to turn a struggling gym business into a success story with her unfaltering work ethic, excellent people and sales management skills and unrivalled understanding of the operational systems of Plus Fitness, Amy excelled in this role.

Amy continued to develop and grow her professional skills as Plus Fitness took its growth in a different direction after franchising it’s health club model back in 2009. Amy held a range of positions in the years that followed, often performing multiple roles at the same time including being the very first Franchise Field Manager for the company. When Plus Fitness launched it’s 24 hour gym model in early 2011 Amy played a critical role in this transition and continued to rise through the ranks as the brand embarked on a journey of aggressive and sustained growth. This eventually saw her escalate to the role of General Manager, a position she still holds today.

When asked about her time with Plus Fitness, Franchisor John Fuller had this to say;

"Amy has been such a crucial part of the Plus Fitness team from the first day she pulled on the ‘blue and orange’ shirt. She has played a huge role in us growing from 5 gyms to over 180 gyms, and across three countries in her time with the company. We simply wouldn’t be where we are today without her in our team.”.

“When it comes to passion and work ethic Amy can’t be beaten. Even today, if there is an issue and it’s the middle of the night, you just know the one person that will step up and manage it without a single complaint is Amy. Her commitment to us and our business over the years has been unfaltering, we are very fortunate to have her and she really is one of a kind.”.

Part owner in four Plus Fitness Franchises herself, Amy has earnt the upmost respect of every Plus Fitness Franchisee in the network with her ‘can do’ reputation. Amy has clocked up 12 years of hard work in the Fitness Industry, along with 10 in the Franchising Sector making her one of the most passionate and driven unsung heroes of both.

Congratulations to Amy for her outstanding achievements to date and her much respected contribution to Plus Fitness and the wider Fitness Industry. We can’t wait to see what the future holds for her.