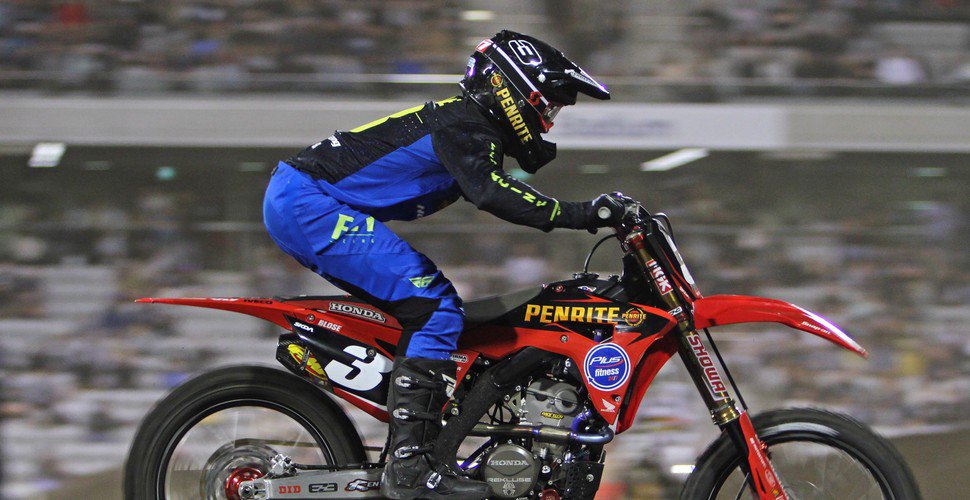 With Honda Racing Australia having achieved great success on and off the track since 2016, Plus Fitness is pleased to announce that they have extended their partnership for a further year.

Plus Fitness Director, John Fuller is thrilled to continue the partnership this year with exciting plans to give away a race replica of Chris Blose’s CRF250R in early 2020 as part of a National Marketing initiative for the Australian owned gym chain.

“Motocross and Supercross are two of the most demanding forms of competition in the world. It makes perfect sense to promote Plus Fitness to action sportspeople. After some talks, we proposed a partnership and since our inception, we have grown it each year.” “Following the final round of Supercross on November 30 we will be giving away a Chris Blose race replica Honda CRF250R. This will be a fantastic promotion and we look forward to announcing it to new and existing members in January 2020 when we take ownership of the bike,” concluded Fuller.

Plus Fitness took co-title rights for Round 3 of the Championship at Win Stadium in Wollongong with prominent branding on Chris Blose’s and Mitchell OIdenburg’s CRF250r race bikes. The event got the renewed partnership off to a fantastic start with Penrite Plus Fitness Honda rider Chris Blose taking the overall win in the SX2 class and teammate Mitchell Oldenburg finishing third.

After a rough first two rounds, Blose was very pleased to take the win; “We needed this win and to do it with Plus Fitness as part of the team made it extra special! Now we’ve moved to second in the series and I’m only trailing the lead by one point. I need to maintain my training program and focus; with two rounds remaining I can’t afford to have a bad race.” “I’m really pumped to have Plus Fitness giving away a replica of my bike, it’s been so cool to have their support and I hope whoever wins the bike gets as much enjoyment out of it as I do,” said Chris Blose.

Motocross requires a combination of aerobic and anaerobic endurance. This requires strength, mobility and balance, core-control and skill acquisition. Three-time Australian Supercross Champion Justin Brayton believes people underestimate the level of fitness that is required to be at the top.

“It’s a non-stop sprint from the moment the gate drops until the chequered flag is waved. Our heart rates soar to 80-100% of their maximum. During these peak heart rates, we need to make calculated decisions. Our physical and mental shape at this level is the difference between winning and losing.” Brayton said.

The next round will be held at Mt Smart Stadium in Auckland on the 16th of November with the final round scheduled for the 30th of November at Melbourne’s Marvel Stadium.