Find a GymMembershipsOur ClassesOwn a GymCareers
EnquireJoin now
Find your local Plus Fitness
24/7 gym -no lock in contracts
August 31st, 2020 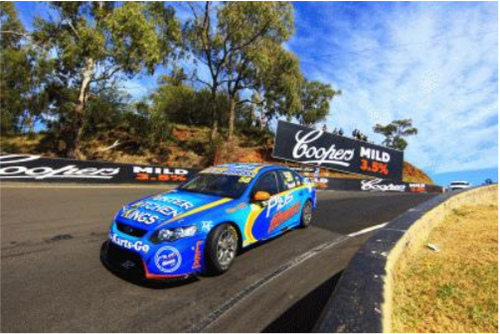 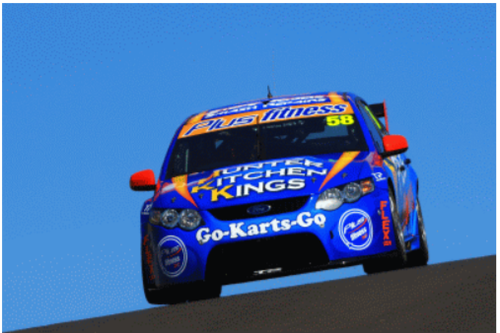 Novocastrian Motorsport’s Aaren and Drew Russell are set to embark on the biggest weekend of their careers, when they contest the Bathurst 1000 together.

The Newcastle-based brothers will make their debut in Australia’s biggest race in a one-off V8 Supercars entry, driving a Garry Rogers Motorsport-built VF Commodore backed by Plus Fitness.

They will follow in the footsteps of their father Wayne, who made four Great Race starts between 1994 and ’97.

Adding to the busy weekend, they will also share Aaren Russell’s regular Plus Fitness Falcon in the Dunlop Series’ 250km endurance race on Saturday.

While they are both Bathurst 1000 debutants, they are no strangers to Mount Panorama, thanks to time spent in the Dunlop Series.

Aaren made his first appearance in 2010 and finished sixth in last year’s 250km race. The 24-year-old has claimed three round podiums in the series in the last 14 months.

Drew, 27, raced full-time in the series between 2007 and ’13, finishing seventh and fifth in his last visit to Bathurst. He has also claimed a class win in the Bathurst 12 Hour, aboard a Porsche.

In late August, the brothers completed a test day aboard their V8 Supercars Commodore at Winton Motor Raceway in Victoria.

Friday features more practice and qualifying for each race, before final V8 Supercars practice and the 250km Dunlop Series race on Saturday, and the Bathurst 1000 on Sunday.

AAREN RUSSELL - DRIVER
“Racing at Bathurst with my big brother will be a massive privilege. Drew is someone I’ve always looked up to, and he has taught me so much about motorsport.

“It will also be very special for all of the guys who come to races with us to help out - some of them have been part of our family team for my entire career.

“The test at Winton in the Commodore went really well. It’s a slightly different beast to my regular Dunlop Series Falcon, but the schedule at Bathurst means we’ll have plenty of time to get used to it.

“We’ll use that time wisely and follow our own programme rather than getting carried away, and the Dunlop Series sessions will give us both some extra seat-time during the week.

“The name of the game is to stay out of trouble and do a good job on Sunday for Plus Fitness and everyone who has made this possible.”

DREW RUSSELL - DRIVER
“When I stepped out of the Dunlop Series at the end of 2013, realistically I knew that my chances of ever racing in the Bathurst 1000 were probably over.

“So to be heading up there this weekend with Aaren is surreal. It will be a massive moment for our whole family when the Plus Fitness Commodore is fired up for the first practice session on Thursday.

“I haven’t done a lot of racing in the last 18 months, but I felt comfortable in the car when we tested at Winton. And I spent 2013 racing what’s now Aaren’s Dunlop Series Falcon, so the extra miles from doing that race will be invaluable.

“It’s a long week, and we know the quality of the competition we’ll be out there with, so we’ll be working our way into it and looking to make sure we’re there at the end of the day on Sunday.”

WAYNE RUSSELL - OWNER
“Seeing Aaren and Drew race in the Bathurst 1000 this weekend - and racing together with our family team - will be a massively proud moment. It will be the biggest weekend we’ve had in motorsport.

“Whenever we’ve gone racing, it’s been as a family, and the boys have had to work incredibly hard and make a lot of sacrifices to be able to compete in the Dunlop Series over the years.

“This weekend is the realisation of a dream we’ve had for so long, to take part in the Great Race.

“I was fortunate enough to do that during my driving career, and this is a fantastic opportunity for them through our partnership with Plus Fitness.

“We all know that we’re not going to Bathurst to run at the front of the field, but we’ll look to improve in each session, stay out of trouble and savour the experience.”